Should public sector workers get a pay rise?

Liberal Democrat Leader Nick Clegg at a news conference in London where he announced his party's plans for the public sector. Photo: Steve Parsons/PA Wire

Millions of teachers, nurses, police officers and other public sector workers will be spared further pay cuts under Liberal Democrat plans set out by Nick Clegg as he promised there was "light at the end of the tunnel" after years of austerity.

The Lib Dem leader vowed that wages for public sector staff would rise at least in line with inflation next year and the year after, ending the coalition’s pay restraint policy.

But the low rate of inflation means that workers could see a pay rise of just 0.2% in 2016-17, and the Lib Dem promise was met with a sceptical reaction from unions calling for a real hike in salary for their members.

Speaking at a Westminster press conference, Mr Clegg said he feared Britain may be “sleepwalking into a dangerous future”.

He claimed Ed Miliband could be “held hostage by a small band of left-wing separatists” while David Cameron would be “held to ransom by hard-right ideologues”.

Mr Clegg said: “There are just two weeks left to stop the right-wing threat to Britain.

“Ask yourself this: do you want Nigel Farage walking through the door of Number 10? Do you want Alex Salmond sat at the cabinet table? Or do you want the Liberal Democrats?”

Mr Clegg insisted every Lib Dem MP is a “barrier” between Number 10 and Ukip’s Mr Farage and the SNP’s Mr Salmond.

Told the public sector pay policy would be seen as a bribe, Mr Clegg replied: “No. I hope not.

Pressed on whether the Lib Dems would go into coalition with a party proposing to freeze or cut public sector pay, Mr Clegg said the first line on the first page of the party’s manifesto outlined an intention to balance the books fairly.

He went on: “This is an absolutely perfect example of how we do it fairly - don’t ask yet more of the 5.5 million public sector workers who have made already a £12 billion contribution to balancing the books.

“So it’s very much at the heart of a fair approach to balancing the books ... and (Lib Dem education minister David Laws) and the team who worked on drafting the manifesto would not have decided to put that on the front page of our manifesto if it wasn’t a very real priority for us.” 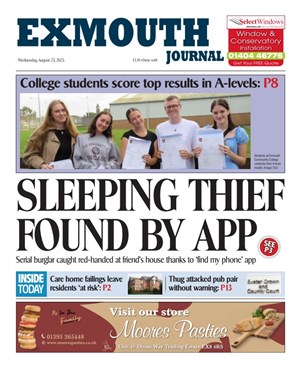